The Westwood and Century City neighborhoods are on the west side of Los Angeles, just south of Bel Air. Both neighborhoods are immediately recognizable—Westwood for being home to the stately brick buildings and grassy lawns of the University of California Los Angeles (UCLA), and Century City for the cluster of sleek high-rise buildings that can be seen in the LA skyline.

Westwood is home to students and professionals alike, feeling very much like a bustling college town. It’s quite walkable, and you’ll always be near a trendy coffee shop or an urban park.

Century City (just a few blocks south) has earned the moniker “city within a city” for a good reason. With the towering office buildings, apartments, and high-end retail, Century City offers some of the best big-city perks in Los Angeles. 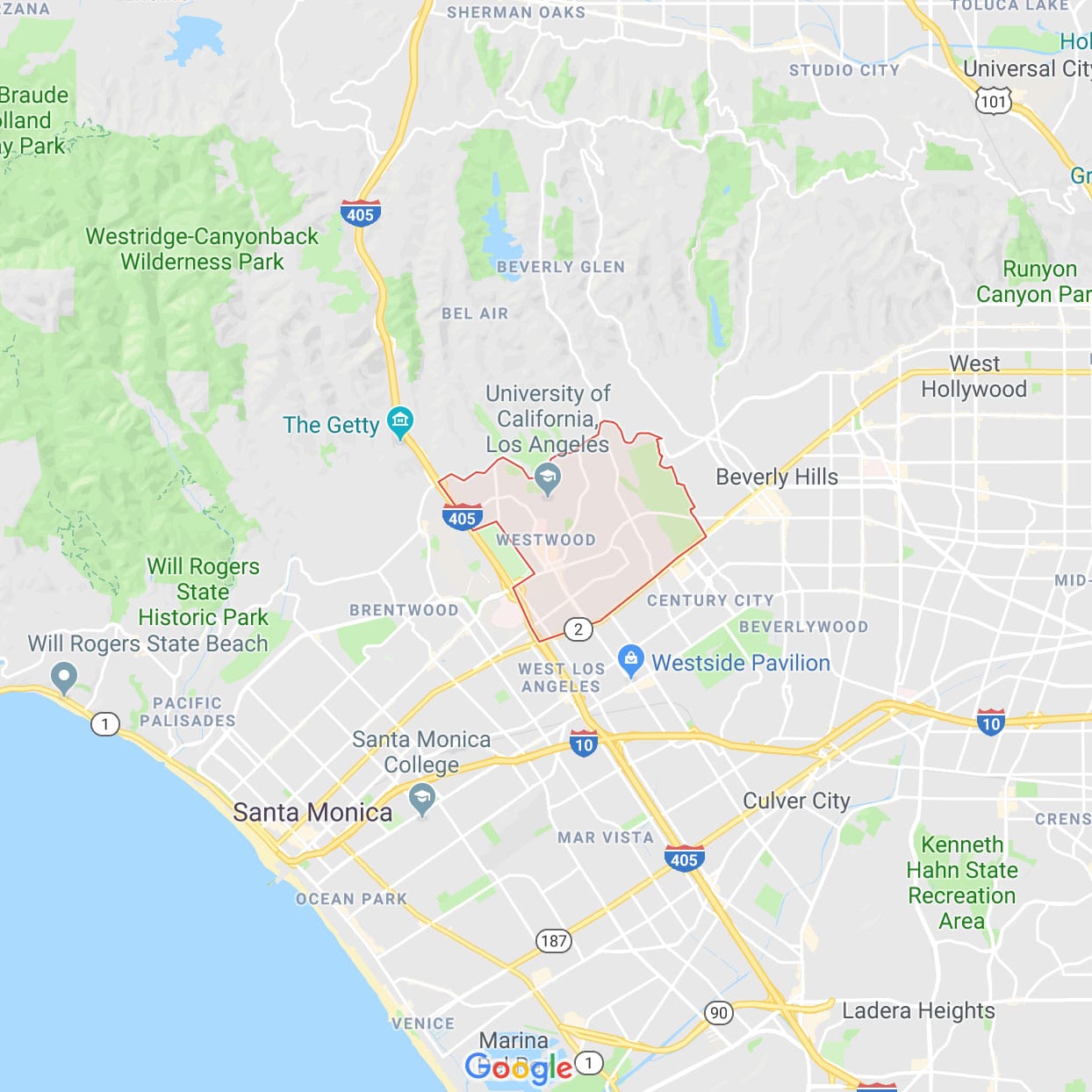