Studio City is located in the San Fernando Valley, just on the other side of the Hollywood Hills. The hills help shelter the neighborhood from the crowds of Hollywood and the rest of Los Angeles, making Studio City feel like a cultural and hip small town.

It’s a popular choice for families, or for celebrities and film industry professionals who want to be close to studios but still have quiet and privacy. In fact, the area’s quaint, tree-lined streets have been the set for many classic movies and television shows, including the Brady Bunch.

The architecture leans mid-century modern. There are numerous single-family homes and entire apartment buildings that have been artfully designed by some of the midcentury’s well-known architects. 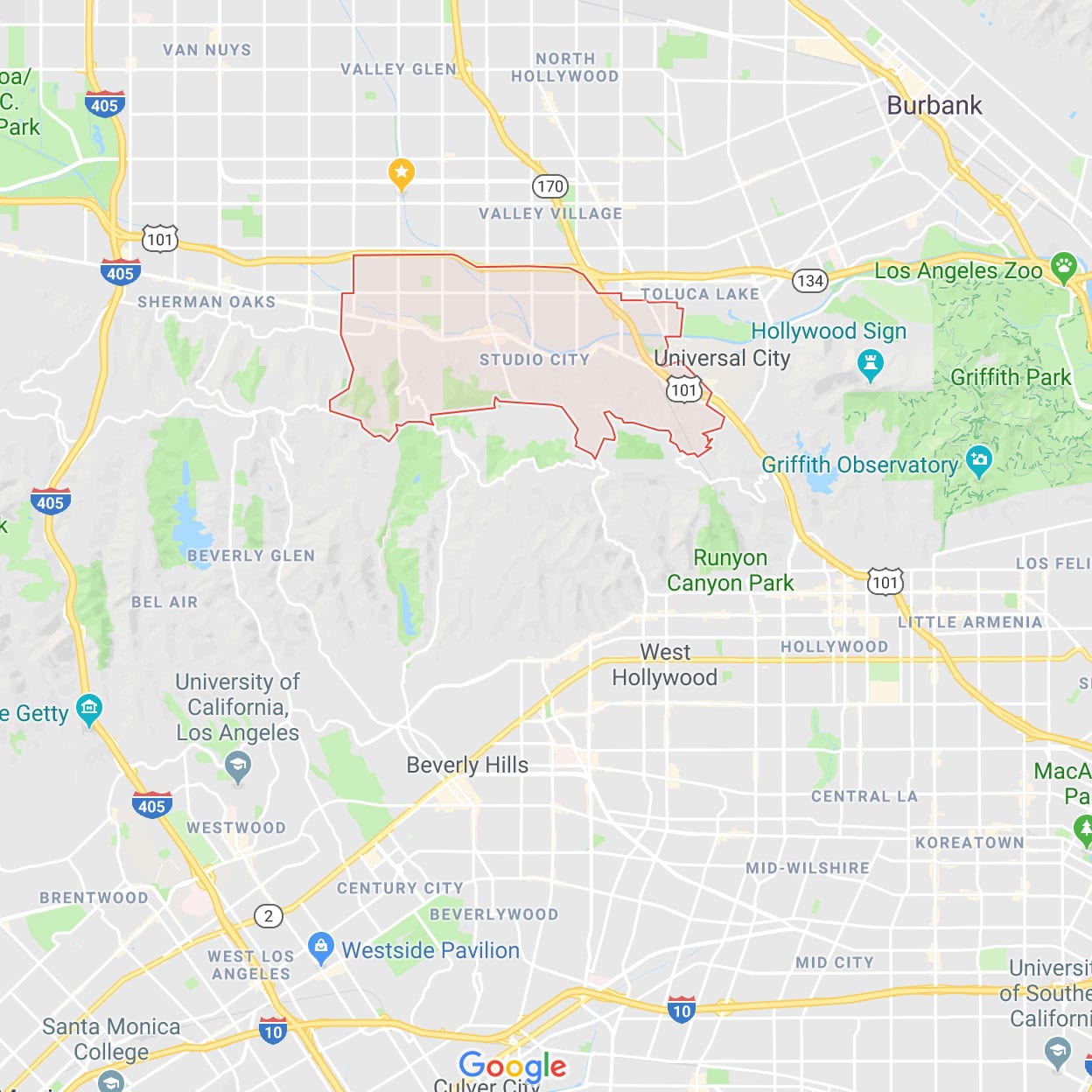