The neighborhood was developed in the early twentieth century by the Janss Investment Company, which developed the rest of Westwood as well as other Los Angeles neighborhoods. With the expansion of Sunset Boulevard, Holmby Hills was split into two northern and southern sections, each lying within a different community plan area designated by the City of Los Angeles 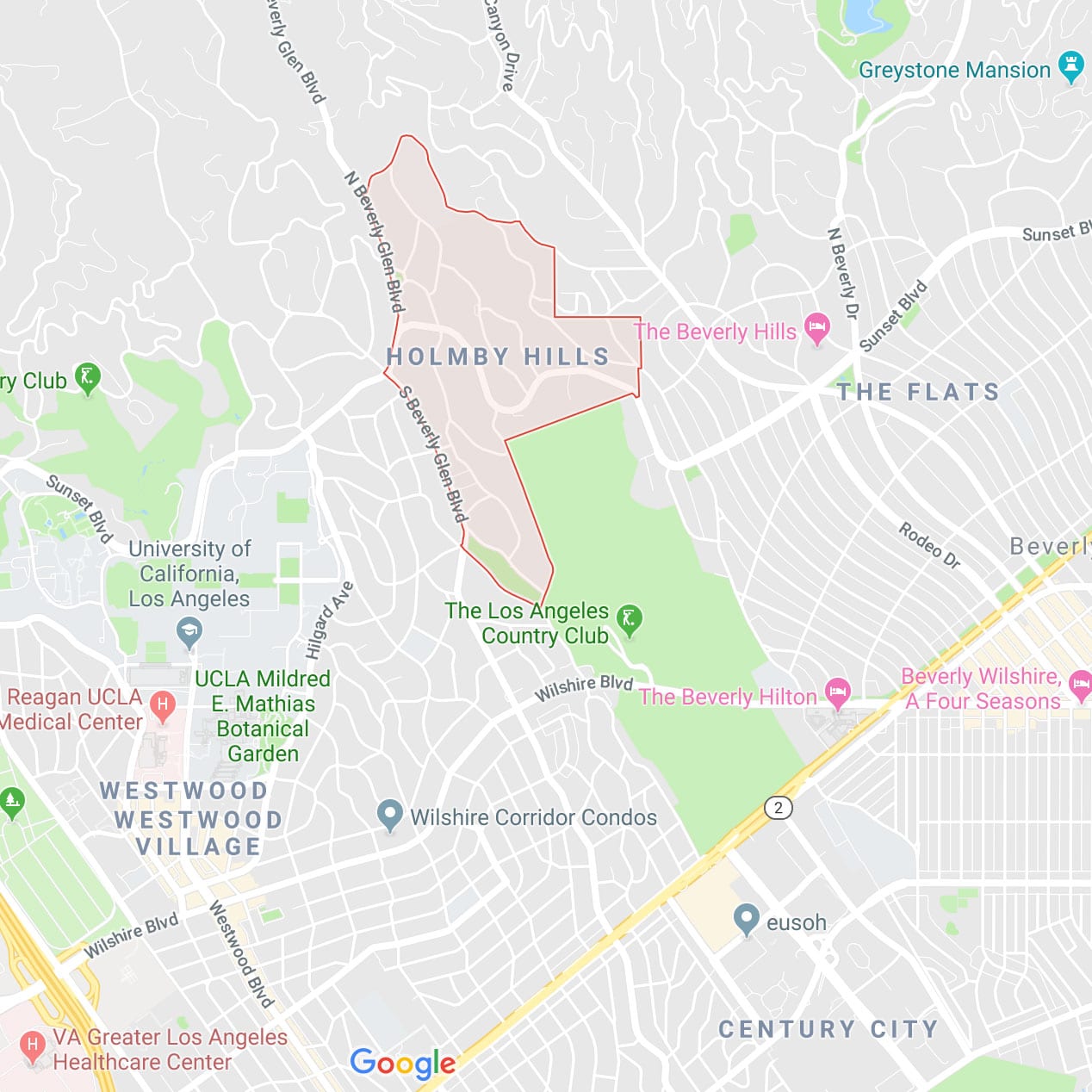